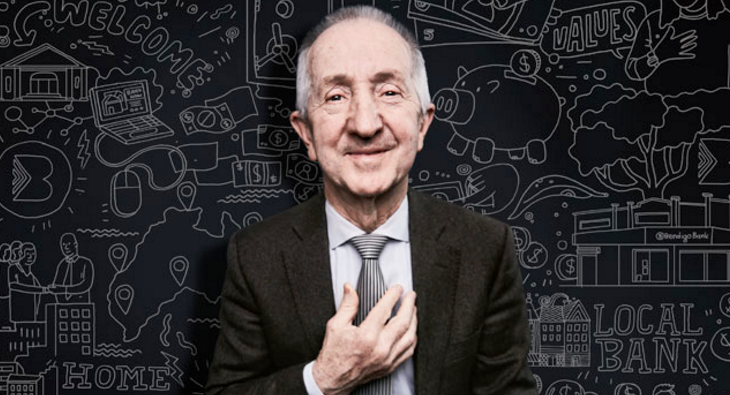 Here is the article you may find interesting to learn about Bendigo community banking model.

“At Bendigo and Adelaide Bank, the Australian Prudential Regulation Authority’s (APRA) report into the Commonwealth Bank (CBA) and David Murray’s report The Trust Deficiency in Banking and How to Fix Ithave made required reading for directors. They’ve also had an unusually heavy workload with the transition from CEO of nine years Mike Hirst MAICD to Marnie Baker MAICD at a time of rapid social and technological change.

Then there’s cross-examination of its Rural Bank subsidiary at the Royal Commission into Misconduct in the Banking, Superannuation and Financial Services Industry.

Its board will need to call on its store of trust as it responds to allegations presented at the Royal Commission that aggressive pursuit of new farming business gave rise to systemic problems in its lending practices, and a sharp rise in non-performing loans to Queensland cattle farmers.

Bendigo Bank submitted five examples where conduct by its subsidiary Rural Bank fell below community standards, including its failure to investigate a forgery and improper witnessing of loan documents, although it did report the incident to police.

Speaking to Company Director ahead of the organisation’s 160th anniversary, its chairman of 12 years, Robert Johanson, says being third on the Roy Morgan most trusted brands list makes him proud, “but you wouldn’t want to get too carried away. You want to be aware of how fragile and vulnerable you are to mistakes. Trust doesn’t matter if everything’s OK. It’s when things aren’t OK that it matters.”

Banking is at the bleeding edge of the public discussion over trust, Johanson says. Like hospitals, you can’t have an effective life in a modern society unless you have a smoothly functioning financial system and access to banks. “Maybe as our reliance and dependence on that has got greater, that sense of disappointment [with] institutions has got larger,” he reflects.

On top of that is social media, “which tends to work against rational sensible conversations where people try to find common ground,” says Johanson. “There is a general loss of trust… there are all sorts of complaints of failure of institutions to do the role expected of them. You think, ‘What’s going on? We can’t even trust our cricketers?’ You want them to play hard and tough — but to cheat?”

The Royal Commission provided the bank with a test of governance and business procedures. “Regrettably it’s been a very worthwhile process to ventilate lots of issues,” says Johanson. It has been a demanding, intense process with preparation involving thousands of documents and minutes of meetings, prepared by teams of staff and lawyers. The loans in question were written while Rural Bank was partly owned by Bendigo Bank and the issues flagged were one of the reasons for moving to full ownership in 2010. The Rural Bank risk officer who reported on the issues has now become the risk officer for the whole group.

“We’ve become tougher with assessments of values, loans and serviceability than we were prepared to be at the time,” he says. “We’ve tightened up and required more visibility about processes. My role as chairman is to make it clear and simple, but not pretend that it’s easy.”

Bendigo has a heritage that stretches back 160 years to when communities pooled funds to buy land and build homes on the goldfields during the Victorian gold rush. Bendigo Building Society listed on the sharemarket in 1993, changed its name to Bendigo Bank in 1995 and merged with Adelaide Bank in November 2007.

It was a founding member of the Shared Value project, a management strategy co-devised by Harvard Business School economist Michael Porter, in which companies find business opportunities in addressing social problems.

In 1998, under the leadership of CEO Robert Hunt AM FAICD, it started its first Community Bank in the regional Victorian towns of Rupanyup and Minyip, responding to the trend by major banks to reduce their local branch presence. It joint ventures with communities to provide banking services, job opportunities, local investment. The community banks are governed by almost 1900 volunteer directors. In 2017 they employed more than 1500 people, with $100m in wages and services spent locally and returned more than $5.5m in shareholder dividends.

“While it’s a quarter of our business, it’s an everyday reminder of the fundamental idea that we’re there and people choose to do business with us as a way of enhancing their own prosperity,” says Johanson. “The purpose of economic enterprise ought to be the prosperity of the community. We say, if we can help our communities prosper, we will prosper too.” Reflecting on the arc of economic history over the past 20 years, Johanson says wealth creation has provided great advantages, but “corporations have ended up managing for one set of stakeholders, the shareholders and managers, and we’ve forgotten the customers, employees and the community in which we operate. People have forgotten these things are two-way, you have obligations to the communities who give you these licences.”

A director of the bank for 29 years, Johanson was appointed chairman in 2006. (At the 2016 AGM, he said he would retire from the board after his term ends in 2019.) He rates longevity and a familiarity with economic cycles, as important.

So how can a board really trust what’s going on in management? “You never really know,” Johanson says, but he encourages candour and debate — and for directors to visit branches and have contact throughout the organisation.”

Get your free financial health check  with your local community bank

Your local Community BankPYROMNT advisors can show you how to make most of your banking needs. We can maximise your savings and help you minimise your fee & charges.